Trip to Shanghai > Planning Your Trip >

Booking a Flight to Shanghai 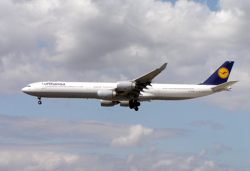 There are several airlines that offer daily direct flights to the Shanghai Pudong International Airport (PVG) from major US airports, for example:

The prices from Chicago, Newark (EWR) and San Francisco are relatively less expensive ($1140-1190), while flights from New York and Detroit are more expensive ($1550-2394). An option for travelers in the Northwestern US is to use Vancouver International Airport (YVR) in Canada, for which the price is close to the best available in the US and travel time is a bit less (12 hours). There are also flights from Toronto, Canada (YYZ), but the price and travel time are similar to that for New York. 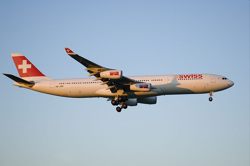 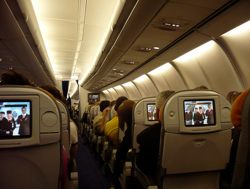 In general, look for the shortest flight time with the fewest stopovers. It is best to choose modern aircraft such as the A340, which is equipped with the latest in-flight entertainment system. In this way, the films, music, and current flight information help the long flight times pass more easily.

It is best to schedule your flight so that you arrive in Shanghai Pudong in the morning, and have flexibility to ease into the first day. This will permit you to spend your first day in Shanghai in daylight up until 7 pm, even if you were unable to sleep on the plane. Nevertheless, you will find yourself fatigued in the early evenings of the first few days.